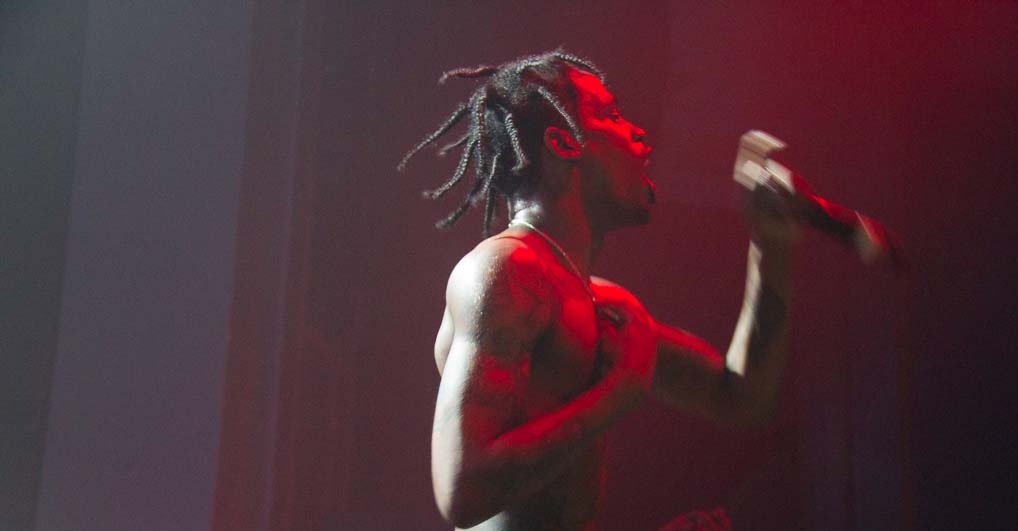 DJ of the Week

What is your major?

Communications. I haven’t decided on a concentration yet.

What is your favorite class you’ve taken?

I took public speaking, and I actually kinda liked that. I didn’t think I would because I don’t like giving presentations but I liked it. Just talking about our opinions on certain issues.

How did you hear about Titan Radio?

It was before I started here, I was looking at clubs on the school website and it seemed kinda interesting, so I told myself I’d check it out.

What is your favorite thing about being a DJ?

I get to share my music taste, it’s really changed a lot since I’ve started here, cause I don’t like playing the same five songs. I started exploring different artists that I normally wouldn’t listen to like for instance and I follow playlists from other people. I like listening to their discover weeklies and daily mixes on Spotify.

How would you describe your show to someone who’s never heard it?

I like trying different things. I hate routines. I hate doing the same thing every day, so every show is something new. If you don’t recognize any of the songs I play… that’s the point. I haven’t repeated a single song since I started (DJing) last semester.

What is a favorite album of yours?

CTRL by SZA. It’s basically talking about her journey and her growth. She talks a lot about being dependent on others for validation and about how she’s trying to deviate from that. I feel like I’m going through a similar thing. Finding your identity.

Where did the idea for your show come from?

Well, last semester I played a lot of older hip hop and I liked it but it wasn’t really my thing. I like older hip hop too, but there’s more unrecognized, unappreciated music now in R&B that should be played too. I try to play artists who aren’t really recognized on the radio. I also like to play the deep cuts from albums of popular artists, not just their radio hits. Audible Therapy is a different pace than a lot of shows here. It’s not so upbeat. I hope people can find new artists to get into. I hope they find at least one song or artist that they like from what I’m playing.

What is an interesting fact about you?

I have an identical twin. She comes to CSUF too, she’s an art major.

The craziest concert you’ve ever been to?

I would say Travis Scott at the Forum. He goes really wild. People were literally jumping out of the nosebleeds to get to the pit so it sounded like one of his lyrics. People that were sitting above me jumped all the way down. And no one got hurt, it was the craziest thing. People literally putting themselves in danger to get to the front. I really liked seeing him live.

What are some other concerts you’ve been to?

I’ve seen Halsey. 5 Seconds of Summer. I saw Selena Gomez when she first came out like in 2010. I’m seeing Harry Styles this Fall. Those tickets were really hard to get because they sold out in like 5 minutes. I’ve seen Megan Thee Stallion! On New Year’s Eve when Titan Radio gave away tickets. I was super close to her too. Me and my sister were all excited because we got to see her vibranium knees. Drake. Migos twice. I went to the Drake and Three Amigos tour.

What kind of music did you grow up listening to?

A lot of 2000’s R&B. My mom played the Pussycat Dolls a lot. Early Beyonce. Baby Bash. And a lot of Lloyd. My Mom would also listen to rock like Green Day and Panic! at the Disco.