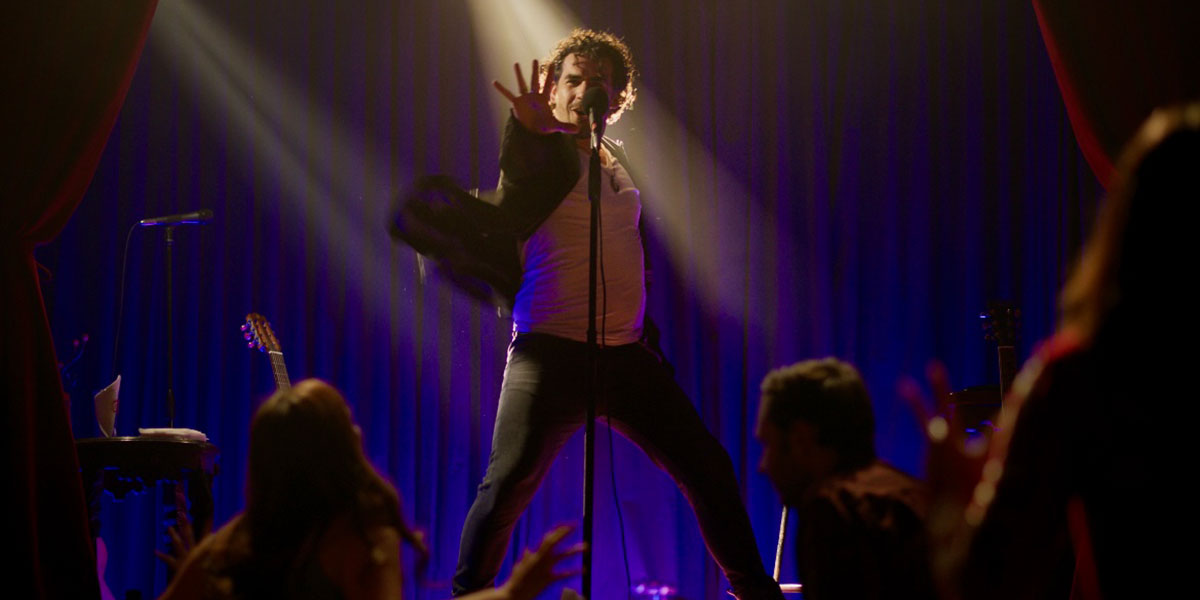 Directed by well-respected Mexican director Claudia Sainte-Luce, Love and Mathematics is a touching drama film honing in on the life experiences Billy (Roberto Quijano) must endure in the comfort of his family’s middle-class suburban enclave. This former pop-star turned stay-at-home dad lives a highly unfulfilled life, yearning for something of substance to fill his days. Sooner than Billy expects, his wishes are fulfilled when a romance sparks between him and die-hard former fan Mónica (Diana Bovio), who just so happens to be moving in across the street from their house. Both bogged down by the permanence of their adult lives and constantly trying to outrun reality, they contemplate risking it all in the pursuit of love.

While the initial synopsis of the film seems appealing initially, the film steers clear of its niceties almost immediately and efficiently. Sainte-Luce is effortlessly able to pepper humorous and relatable moments for the viewer throughout in a way that does not bog down the film, but the humor is not nearly enough to prop up how deflated and lacking the story feels at times. At first sight, Love and Mathematics may strike the unsuspecting viewer as a dramatic comedy, though that description is absolutely and utterly wrong. To summarize the film in a way that does not sugarcoat a single thing, the film centers on a glorified man-child who is too immature to own up to the life he has created for himself and his family, as well as the typical dog death and petty spousal argument added here and there.

The film is carried by its leads, Quijano and Bovio. The chemistry between the pair transcends the silver screen and is quite touching, and Quijano and Bovio’s individual performances are overall solid as well. It also must be mentioned that Daniela Salinas does a wonderful job as well emulating the kooky, caricatured mannerisms exhibited by her character Lucia, who is not only Billy’s wife, but also his breadwinner and baby mama.

With the release of Love and Mathematics, Sainte-Luce adds another exceptional film to her rich filmography. Her direction is impressive from start to finish, and provides a watching experience that is more satisfactory than anything. What more could one possibly ask for when watching a film for the first time other than fulfillment or at the very least, entertainment?

Love and Mathematics was recently picked up by Miami-based FiGa films for worldwide release, though word on whether it is theatrical or straight-to-streaming as well as a timeline for the film’s release has not been published yet.