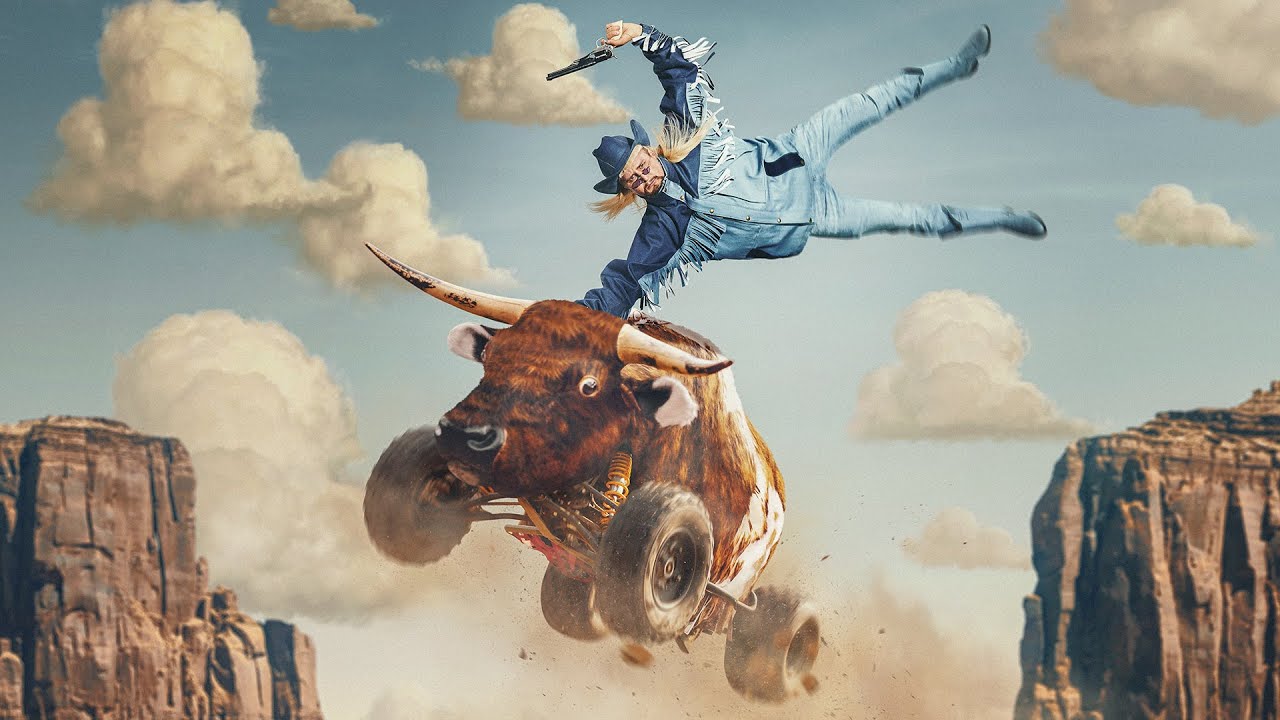 It’s high time for cryin’, Oliver Tree release’s his long-anticipated album, “Cowboy Tears,” with an interesting take of adding comedy to the western genre. In June 2021, Oliver Tree came out from retirement to reveal that he was going back to music and announced his development on his new album. The artist kicked off with “Cowboys Don’t Cry” as the first single of the album, followed by “Freaks & Geeks” and “Swing & a Miss” with a music video. The album was released on February 18, 2022.

When I heard Oliver was adding western elements to the album, I was a bit worried he was going country (not that it’s horrible, it’s just not my taste). It was a big jump between genres he would be risking. However, when I heard his first song, I thought, “Maybe it’s contemporized country?” I still expected the album to be country when it was realized. Imagine my surprise when it instead brought me back memories to some of the rock songs, I heard from the 90s and 2000s. Gave me a bit of a Weezer flashback with a synth-pop mix. If Oliver Tree was aiming to hit the “Cowboy Emo” vibe, he did it.

If I had to be honest, almost all the songs sound pretty similar to each other. I don’t think it’s terrible, but it was hard to tell apart some of the songs that were playing. Not much contrast, I could not tell which were the slow or fast paced songs. It may just be me, but I expected some levity in his music, especially since he chose a western theme for his album. I think it’s fair if I also give my take on each song. I decided to share my first impressions for each track as I did have mixed emotions.

Here is the tracklist from Cowboy Tears:

1. Cowboy Don’t Cry – The album starts off with its first single. The song seems to set off the tone of what the album is going to be about. It gives off the illusion of a lonesome cowboy wondering around the wild west. Maybe he’s dealing with a breakup? Doesn’t have that country feel to it but the acoustics are great in this song.

2. Swing & a Miss – Hmm, still not much of a country sound. What I like the most about this song is the chorus. It’s an easy chorus to memorize, and it’s just a bit catchy. It was swing and miss for me.

3. Freaks and Geeks -OH! Some blues wait… never mind. I’m starting to think this isn’t a country album. Freaks and geeks are giving off some 90s vibes.

4. Doormat– Not my favorite song, but it is a good analogy how Oliver feels over getting walked over. I do love the bridge, and his vocals for “goodbye for now.”

5. Suitcase Full of Cash – Another 90s feel… Or early 2000s, this is just reminding me of my childhood summer. There’s a good rhythm throughout the song. The chorus has a nice flow, and the lyrics feel like they’re coming out naturally.

6. Cigarettes – A fun cry for help. That was my first thought. Another song that doesn’t appeal to me, but I do love the verses. I do like the transitions between the verses and chorus. His lyrics in the verses are fast paced while he slows his words down in the chorus, all while maintaining the same tempo.

7. Balloon Boy – This is my least favorite. I’ll still do my best to review it. I say it’s my least because I can’t tell if this is supposed to be his slowest song of the album. The only thing I like about the song is the sound towards the end. Great way to spiral.

8. Things We Used To Do – Song hits home to me. Kind of like the summer fling you never wanted to end. The rhythm and tempo for this are great. The instruments and production made for this song made a great execution for 90s summer if that’s what they’re going for. Maybe I’m nostalgic.

9. California – I get nervous when there’s California in the song title. This song seems to be a bit more personal for Oliver Tree. I like the song, but it almost throws off the illusion of the album. Almost. I mean in the sense that he is kind of breaking down his on-stage persona here. At least he added some western genre to the song.

10. Get Well Soon – I love the chorus. Fun play for production to mixing around. The beats and the percussion are also great here. I think this is also the only time in the album I got to hear them out. This song kind of throws back to some of this earlier style of computer music.

11. Playing with Fire – This song was interesting to listen to. I think he was trying to mix of pop and rock. I could totally imagine Oliver dancing around the fire in this song.

12. The Villain – All I could think about was when will this song be over. Not his best song in my opinion. Maybe it’s the placement of the track. This doesn’t seem like the album is ending. I get the frustration in his lyrics. Just not my favorite overall.

13. Cowboy Tears – The finale. This was a good song to end the album. There was a lot of rock to the mix, but the instrumentals helped close the album. The song does have a good message. Oliver expressed many of the troubles and emotions he has been dealing with throughout the album. Despite feeling lonely, he recognizes it’s okay for people to be human and just breakdown when you need too.

Overall, it’s not a bad album, but it did not meet my expectations based on Oliver’s previous work. I highly encourage you to still check out the album to form your own opinion. There are mixed reviews on the execution of the album. However, the amount of work Oliver Tree put into was still worth it. I was happy to hear his music during my commute home as it reminds me a lot of the old pop/rock genre I used to listen too as a kid. I don’t get the western theme, but this could be an analogy of desertedness as I think about it. There’s not much in the Midwest or deserts. It’s empty. We’re all lost in this world, and it’s easy to feel alone in this world. Until then, I can’t wait to see Oliver Tree’s next future project. I wonder what other wacky ideas he comes up.